Buying a vote for 20 cents 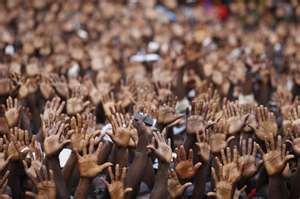 Two scenarios are outlined below, both with the objective of securing a $10 increase in the annual club membership, from $40 to $50.  The story illustrates how the positioning of a price increase can impact much more than whether it goes through or not.

Scenario 1
"Welcome to our monthly meeting, I am Jane Smith, your club president. As you know, you are one of over 500 members, 200 of whom are here tonight to discuss and vote on the plan to adjust annual membership fees by $10.  As you also know, what brings us together is our love of the outdoors and bushwalking, so I am really looking forward to sharing our plans on how we can do even better than last year.  Our plans mean that we can support up to five different walk locations every single week rather than the current three, we can continue to provide our monthly newsletter via your choice of post and email, but most importantly, we are all protected through accredited safety training and our insurance policy. It also means we can at last buy 2 satellite phones to use on our most remote walks. And to make this the best year yet, all it will take is one of these (holds up a 20 cent coin) per week. But let's go through the detail so you know why it's 20 cents and not say 10 or 50 cents, and then I can open the floor to questions."
Scenario 2
"Welcome everybody.  Now tonight as you know we need to vote on the proposed increase in membership fees.  These were outlined in the newsletter. We've got the figures in a spreadsheet up on the screen behind me (gestures to excel file that is a bit too small to read from the back of the room). It's $10 for individuals, from $40 to $50.  Does anyone want to say anything before we vote?"  (Member takes the microphone and asks what the financial health of the club was and whether a sizable sum should be used to offset the fee increase rather than sit untouched. President hands over to Treasurer and it quickly resolves into a discussion on the detail of how much a newsletter costs to print, including paper, printing and post. 30 minutes later the President calls for a vote. I meanwhile had plenty of time to work out that $10 on $40 is 25% increase which was much steeper in relative terms than the $10 on top of the $60 family membership).
What are the key differences between how the fee increase - the price rise - was positioned?

The first scenario used the principles of behavioural economics and change management to motivate the affirmative vote. Let's step through the principles;
I mentioned in the introduction that the positioning of a price rise can impact much more than whether it is implemented.  If you haven't already guessed, Scenario 2 was the situation I and my fellow club members endured.  Did the fee increase go through? Yes.  We voted for the $10 increase and the committee can say that it was a successful outcome.  I think many of us voted just to get it over with and we had justified to ourselves that $10 wasn't worth another 30 minutes of awkward discussion.  Instead of the fee change being viewed as a positive sign of growth for the club, we have come away with a nagging sense of incredulity, and that's a shame for a club with such hard working volunteer committee members.

So when you are contemplating a price rise in your line of business, remember it's the customer churn resulting from your decision, the lost advocacy for your product, the Elephants that may have voted one way in the room but now walked out of it that you need to worry about.  We all know that prices rise - that's the easy part - it's how you get people to vote for it that is your job.

* For an explanation of Riders and Elephants, please refer to previous posts such as http://bri-williams.blogspot.com/2011/01/normalising-ethical-shopping-with.html
Posted by Bri Williams at 7:06 AM