Time market research got real: How beer and banking show us how 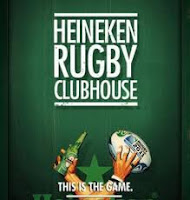 I don't drink beer. I don't follow rugby. I am not into gaming.  So why on earth have I become addicted to the Heineken Rugby World Cup iPhone game?

Gap between intended and actual behaviour
Sure, addicted is probably putting it too strongly, but my affair with Heineken got me thinking about the gap between intended and actual behaviour   You see had I been invited to a market research group and asked about my gaming, beer and rugby behaviours, there is absolutely no way I would have predicted my own slavish usage of the final product.  I mean, who has the time or interest in pretending to punt a ball over an imaginary goal post?  I just doesn't make rational sense.

And that's the rub for product marketers. We spend a lot of time researching what our market think of our widget or brand, but we often get results based on intended rather than real behaviour.

Here's where Behavioural Economics comes in.

Behavioural Economics gets to the truth of behaviour
Behavioural Economics is based on behavioural studies rather than attitudinal ones, so in my scenario the research would have tested the efficacy of different techniques to stimulate download - from memory, I downloaded from an ad on a newsite, the user flow for download, any inhibitors to sign-up (eg asking for date of birth might have been too sensitive), and so on. Traditional market research would more likely have spent time defining the target market (i.e. not me) and predicted take-up based on reported intent.

As to uncovering what would influence me to download the game, common theories would revolve around the creative's call to action, the perceived value of the user benefit, maybe even personal recommendation.  If I had been asked, I probably would have said a combination of these factors. But what really influenced me? Whilst of course I had to see and understand the ad, I could have ignored it like I have every other.  What made me download the App was that I was looking for examples of how brand's were applying social media to engage their customers.  That's right, a virtuous professional reason!  Behavioural Economics would have used tested techniques to influence downloads - herding (doing what others do) and completion (my willingness to step up and kick for Australia) amongst them.

An example that's fast becoming a classic illustration of closing the gap between intended and real behaviour is the Westpac New Zealand Impulse Saver App. Developed on the insight that people have till now had the mechanisms to impulse buy (money, credit cards), but not impulse save, the App allows customers to add money to their savings at the touch of a button. The bank's objective is to grow the penetration of savings accounts beyond 49% of population.  Did the insight come from discussions with a focus group?  I don't believe so. Whilst market research quantified the volume of savings accounts and no doubt other market sizing elements, the key insight was instead based on observation of actual behaviour.  New Zealanders impulse spend $16.1m every day.
Behavioural Economics can overcome short comings of Market research
So am I bagging market research? No, I think the more time we can spend understanding our market the better. But I do believe market research techniques that concentrate solely on intended and predicted behaviours have serious short comings.  Sophisticated researchers use different techniques to try and dig beneath hyperbole (I particularly like image based metaphors to untap emotional and cognitive associations, and there's some merit in ethnographic observation), but behavioural economics can take it so much further by translating insights about actual behaviour into...well, actual behaviour.  And as a marketer, that's our goal!

For more on Westpac's App check out